Cooper Ashley Named 2009 "Attorney of the Year" by Minnesota Lawyer

Cooper Ashley, partner in Maslon's Litigation Group and chair of the firm's Governance Committee, has been named a 2009 "Attorney of the Year" by Minnesota Lawyer. The "Attorney of the Year" award is reserved for a select group of attorneys who distinguished themselves during the year through their accomplishments. The criteria for selection include leadership in the profession, involvement in major cases or other newsworthy events, excellence in corporate or transactional services and public service.

Cooper was selected for his success in obtaining a unanimous defense verdict in favor of 3M in a groundwater pollution case tried before a Washington County jury. The verdict came on June 17, 2009, after a seven-week jury trial and was the culmination of over four years of litigation. (View press release for full details.)

Since 2003, Cooper has served on Maslon's Governance Committee and is currently the chair. He focuses his practice primarily on products liability matters on behalf of both plaintiffs and defendants and complex class action and tort cases, including environmental toxic tort and fire/explosion cases. Cooper has first chaired numerous jury and bench trials in state and federal courts, argued appeals before the Eighth Circuit Court of Appeals (en banc), the Minnesota Supreme Court and the Minnesota Court of Appeals, and conducted all manner of related fact and expert discovery and motion practice. He has appeared on behalf of clients in multiple state and federal jurisdictions, including courts in Minnesota, Wisconsin, Michigan, Montana, Texas, Nevada, Florida and North Dakota.

To view the full announcement, go to: Minnesota Lawyer 2009 'Attorneys of the Year' 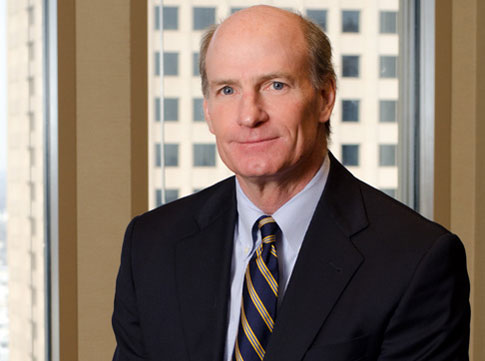