Continuing the Legacy of Founder Marvin Borman: The Borman Family Foundation Makes Gift to the Humphrey School of Public Affairs

On June 25, 2014, at the 12th Annual Awards Ceremony of the Humphrey School of Public Affairs, the Borman Family Foundation announced a one million dollar gift to the school in honor of Marvin Borman. In his speech, Marvin's son, and Maslon attorney, Tom Borman shared, "next to family, and the Maslon Law Firm which he founded, my father’s abiding passion was giving back to the community through public service."

As a founding member of Maslon Edelman Borman & Brand, LLP, Marvin Borman not only played an essential role in building Maslon's reputation for excellence and growth into one of the leading law firms in the Twin Cities, he also helped lead the firm in championing the rights of all people, and embraced the valued tradition of community service. Marvin was a leading force in the local civic community. Of particular note, he served as Chairman for the United Way Campaign, and was a Member of both the Board and Executive Committee. He also served as Chairman of the Board of the Minneapolis Institute of Arts, and was both President and Chairman of the Board for Mt. Sinai Hospital, the University of Minnesota Foundation, Temple Israel, and the Minneapolis Foundation. Among many other honors, Marvin received the United Way Distinguished Community Service Award in 1975, and was the first recipient of both the Cardozo Society's Sidney Borrows Lifetime Commitment Award in 2000 and the Minneapolis Jewish Federation's Amos Deinard Distinguished Community Leader Award in 2001. Marvin Borman passed away on September 15, 2012.

The Humphrey School of Public Affairs at the University of Minnesota is one of the country’s top-ranked professional public policy and planning schools. Their mission is to inspire, educate, and support innovative leaders to advance the common good in a diverse world. Through the gift to the Humphrey School, Tom states "the family wanted to honor Dad's life by creating fellowships for students demonstrating an interest in public service—whether in government or the non-profit world." 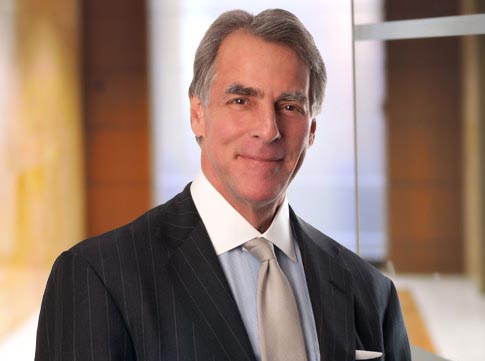